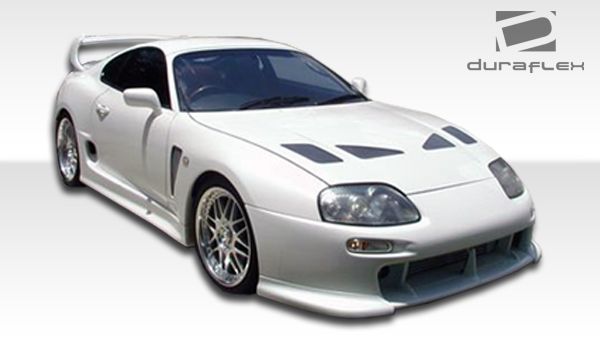 Toyota’s most revered sports car in it’s history has to be the fourth generation Supra. The 1993-1998 Toyota Supra was ahead of it’s time both in styling and technology. Fast forward to 2019 and the MK4 Supra is now truly legendary in Japanese car culture. We offer a complete catalog of Toyota Supra body kit and styling upgrades. In addition to body kits we also offer wide body conversions, fenders, spoilers and carbon fiber hoods. In other words we have all your aerodynamic needs covered when modifying your Supra. 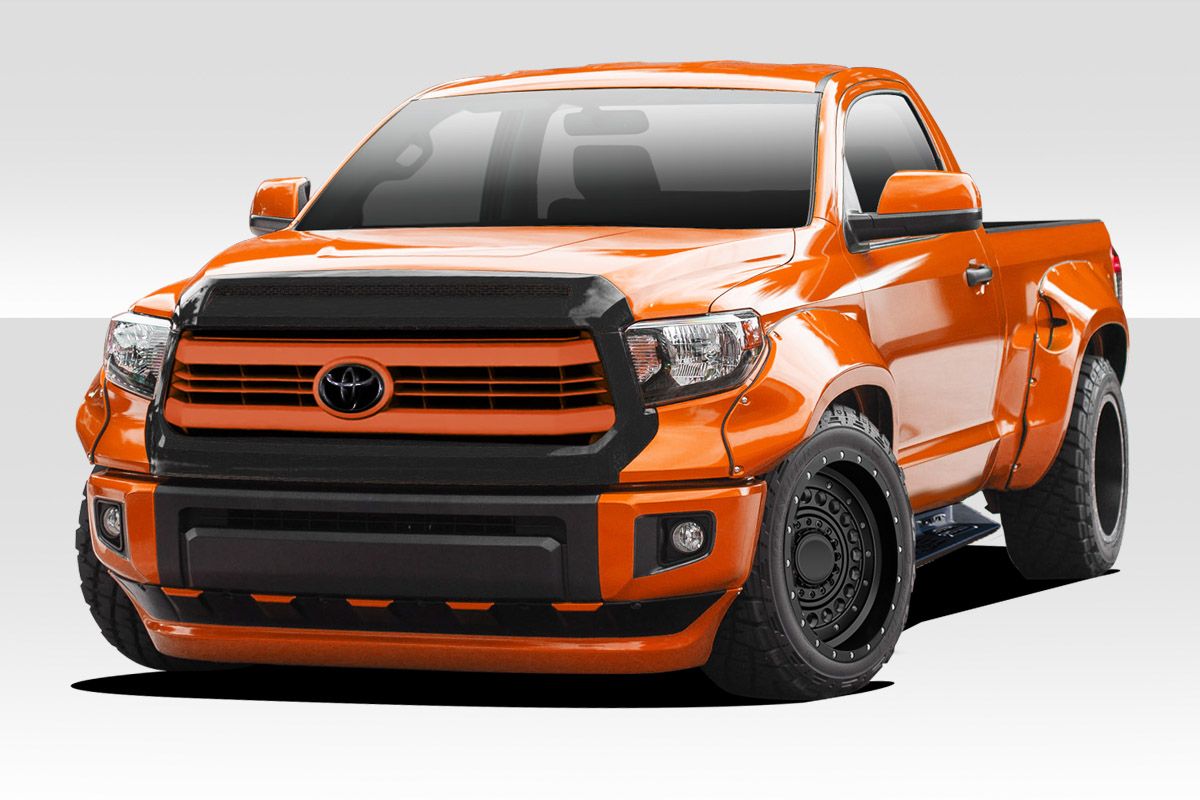 2014 marked the release of the second generation Toyota Tundra. It was welcomed with critical acclaim for its styling and technology advances. Although the second generation Tundra was blessed with great styling we can help you improve on it. Additionally our Tundra body kit catalog contains other upgrades including custom fenders and hoods as well.

For lifted Toyota Tundra owners we offer our 4″ off road bulge fenders. These fenders replace the stock OEM sheet metal fenders. Additionally the bulge fenders offers an extra 4″ of wheel clearance per side. Therefore you can increase your tire clearance significantly when using your Tundra to its capability off road. In other words this will fix your problem if your tire is rubbing the stock fender.

Duraflex and Carbon Creations have released the popular Viper Look hood for the second generation Tundra. This hood design allows for dual benefits of improved cooling and styling. For example any time you can introduce cool air into the engine bay at the same time as getting hot air out, your underhood temperature will drop significantly. Additionally the Viper Look hood looks great on the Tundra. The styling is aggressive and muscular and very bold. 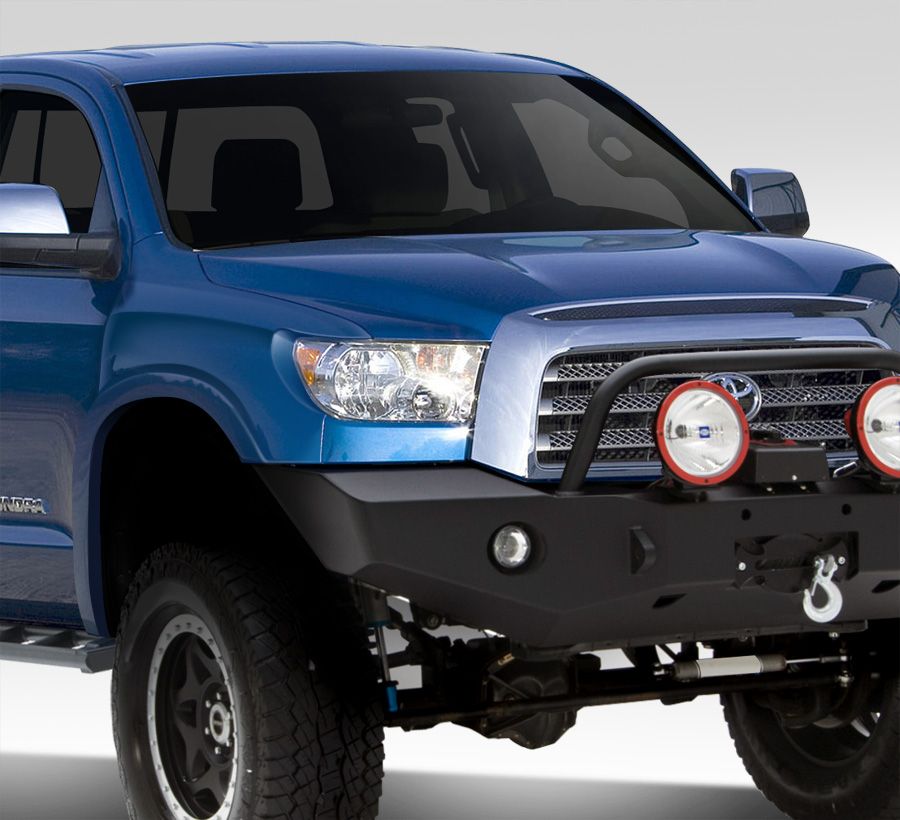 In 2007 Toyota released the first generation full size truck called the Tundra. This was a reset from their first full size truck model the T100. The Toyota Tundra was a major leap forward by Toyota and made them a legit player in the fullsize truck market. The Toyota Tundra offered really good styling in stock form. However this does not mean you cannot customize the Tundra and make it look better. For instance we offer a full catalog of Toyota Tundra body kit and styling upgrades. In addition to body kits for the Tundra we also offer fenders and custom hoods as well. In other words it is our goal to provide you the best service and lowest pricing when ordering a Toyota Tundra Body Kit.

One of the most necessary modifications for lifted trucks with oversized wheels and tires is upgrading the front fenders. By replacing the stock fender with a bulge offroad fender we are able to provide 4″ of additional clearance on each side. This provides the tire to have much more clearance while articulating over obstacles and turning at the same time.

Another best seller for the first generation Tundra is the Viper Look hoods we offer. We carry this custom Toyota Tundra hood in both fiberglass as well as carbon fiber hood versions. The Vented design allows both cool air to enter the engine bay and for the hot air to escape out. Improving engine cooling is only part of the benefit of installing a Viper Look hood. Secondly these hoods look aggressive yet very sleek and stylish.

When the seventh and final generation of the Toyota Celica hit the market in 2000 it was an immediate hit with enthusiasts. Toyota now had a sport compact car to compete head to head with the Mitsubishi Eclipse, Honda Civic and Acura Integra. The sharp crisp lines on the new Celica made it stand out from the rest with futuristic styling. However this does not mean that the styling has no room for improvement though. For this reason we have a vast catalog of Toyota Celica body kit and styling upgrades. No matter your budget we have a Toyota Celica body kit for you. 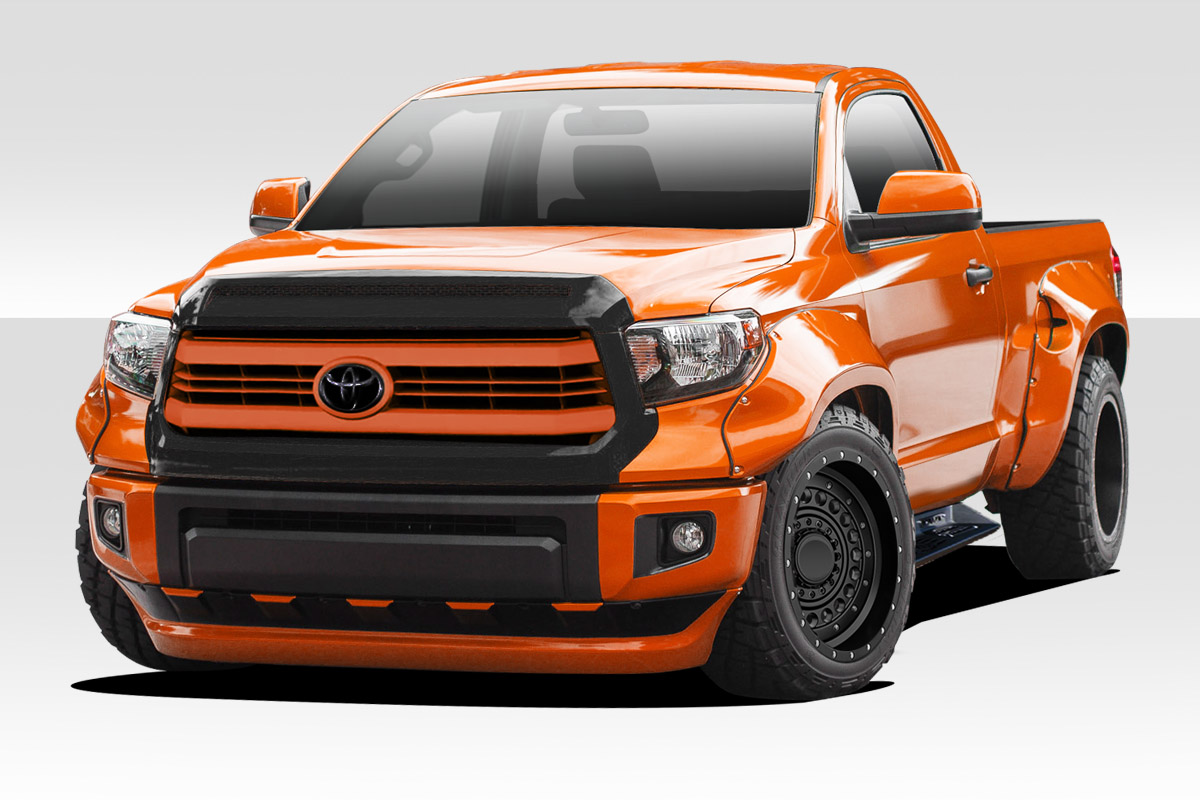 Are you searching for a Toyota body kit? For instance we offer body kits and aerodynamics styling upgrades for many Toyota vehicles including Camry, Celica, MR2, MRS, Supra, Tundra and many more. Toyota is a name known for quality and they last for what seems forever. As a result many owners just don’t want to let their beloved vehicle go for a new one. You can bring back the excitement by restyling your Toyota with a custom body kit. Finally our catalog includes products such as complete body kits, bumpers, add on bumper lips, fenders, side skirts, carbon fiber hoods, wings and spoilers. In other words we are your one stop shop for Toyota body kit and styling upgrades.

Since 2009 Driven By Style has been a leading retailer of Duraflex body kits. As a result our staff is experienced and knowledgeable and can give you excellent service when shopping for a body kit. Additionally we guarantee the lowest price on Duraflex body kits. This means that if you find a cheaper price simply contact us and we will match or beat it. We have on staff experts that install these types of products as well as manufacture our own line of in house carbon fiber and fiberglass parts at Driven By Style. Please follow our composites team on Instagram.

View our featured Toyota body kit catalogs in the table below. If your vehicle is not listed below please use the make model search at the top of the page.