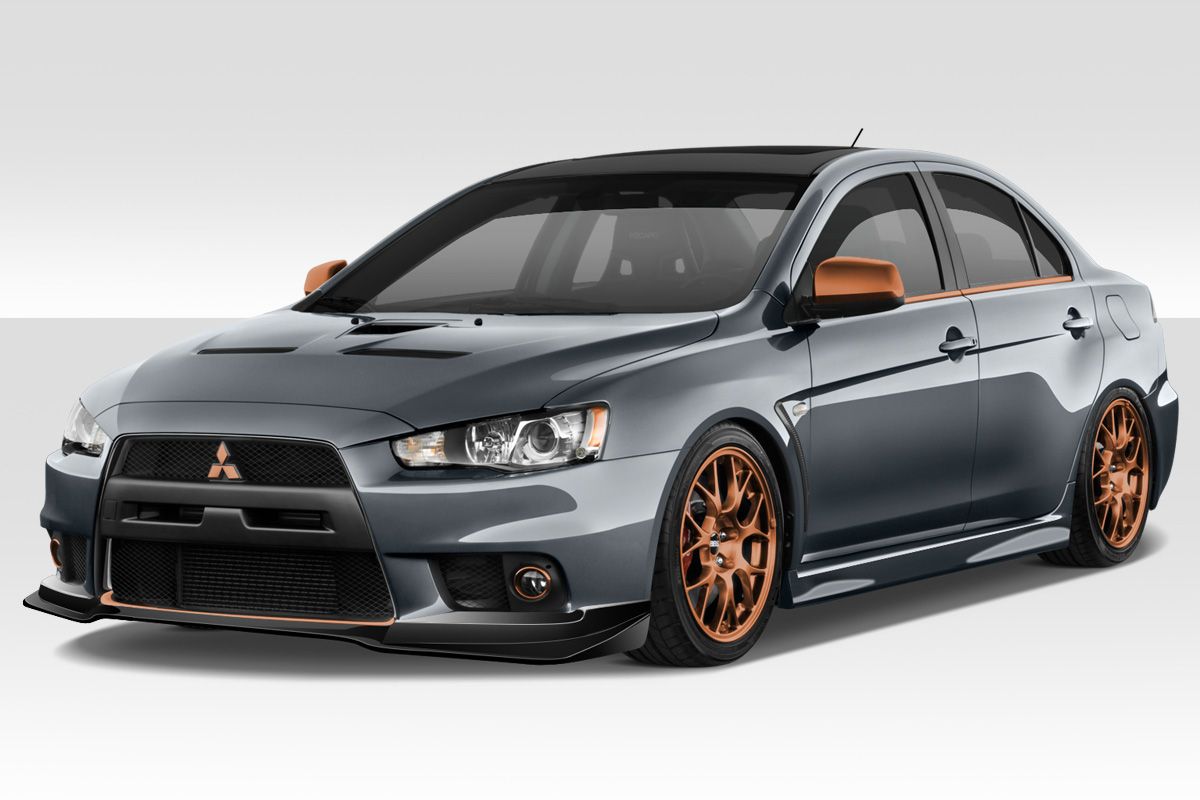 Are you shopping for a EVO-X body kit? In 2008 Mitsubishi released the EVO-X which turned out to be the final version of its legendary Evolution line up. This was the first model Mitsubishi EVO that did not have a 4G63 power plant and was the introduction of the new 4B11T engine. It took some time for DSM purists to come around but the EVO-X is now beloved in the Mitsubishi enthusiast world. Just because the EVO-X was a very attractive vehicle off the dealership lot does not mean you cannot make it better. We have a complete catalog of EVO-X body kit and aerodynamics upgrades to chose from. In other words we have you covered when it comes to customizing the look of your Mitsubishi EVO-X.

New to the duraflex catalog for the EVO-X, the VR-S lip kit is a sleek and gorgeous design. Based on the Varis body kit from Japan. The 4 piece VR-S body kit includes VR-S Front Lip Under Spoiler Air Dam (106875), GT Concept Side Skirts Rocker Panels (104639) and VR-S Rear Diffuser (113560).

The EVO-X GT Concept is an original design by the team at Duraflex. Released back in 2008 when the vehicle came out the GT Concept body kit was pretty popular among enthusiasts. This body kit replaces the oem front and rear bumper covers as well as the oem side skirts. GT Concept Body Kit 4 Piece includes Front Bumper (104638), Rear Bumper (104640) and Side Skirts Rocker Panels (104639).

One of the most popular upgrades for EVO-X owners to do with their cars is replacing the stock trunk. We offer 3 different EVO-X trunks and offer both carbon fiber and fiberglass options. The GT Concept trunk adds the styling of a duckbill style spoiler built into the back edge of the trunk lid. Additionally carbon fiber trunks offer significant weight reduction over stock. Secondly they also add a touch of style with the glossy 3d carbon fiber finish.