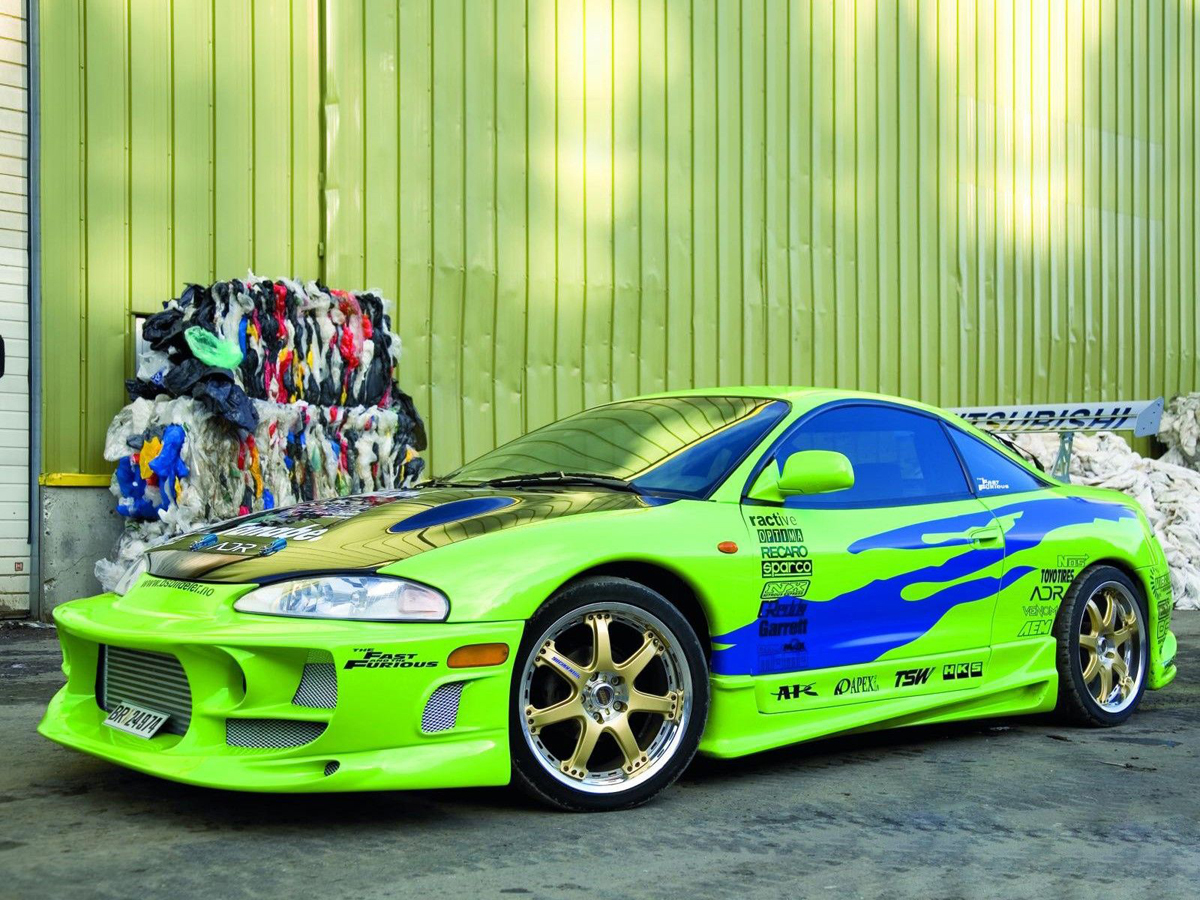 The second generation Mitsubishi Eclipse is probably the most iconic sport compact car to come out in the late 1990’s. With 3 models the Eclipse was available in normally aspirated and turbo charged models with both front wheel drive and all wheel drive versions. With aggressive styling and clean lines all models of Eclipse were extremely popular to modify. We have a vast catalog of Mitsubishi Eclipse body kit and styling upgrades to shop from. Similarly we also offer parts that will improve performance including light weight carbon fiber hoods.

Fast and The Furious

In 2001 the movie Fast and the Furious was released and the Eclipse had the starring role. Paul Walker’s character turned the second generation eclipse into an iconic movie car. The Eclipse in the film featured a lime green Blitz body kit and flashy vinyl graphics. This body kit has since gone on the be the best selling body kit of all time for the 1995-96 and 1997-99 models.

We have a wide selection of Mitsubishi Eclipse front bumpers for the 1995-96 and 1997-99 models. Our selection of both front and rear bumpers allows owners to configure their custom Mitsubishi Eclipse body kit by choosing the styles they like most. Chose the side skirts that compliment the bumpers of your choice and complete the 4 piece kit.

Installing a carbon fiber hood on your Mitsubishi Eclipse has 2 primary benefits. The first benefit is weight reduction by replacing heavy steel construction with light weight composites. Secondly a carbon fiber hood gives your vehicle un-mistaken style that no one will miss. In other words this is a win win situation!