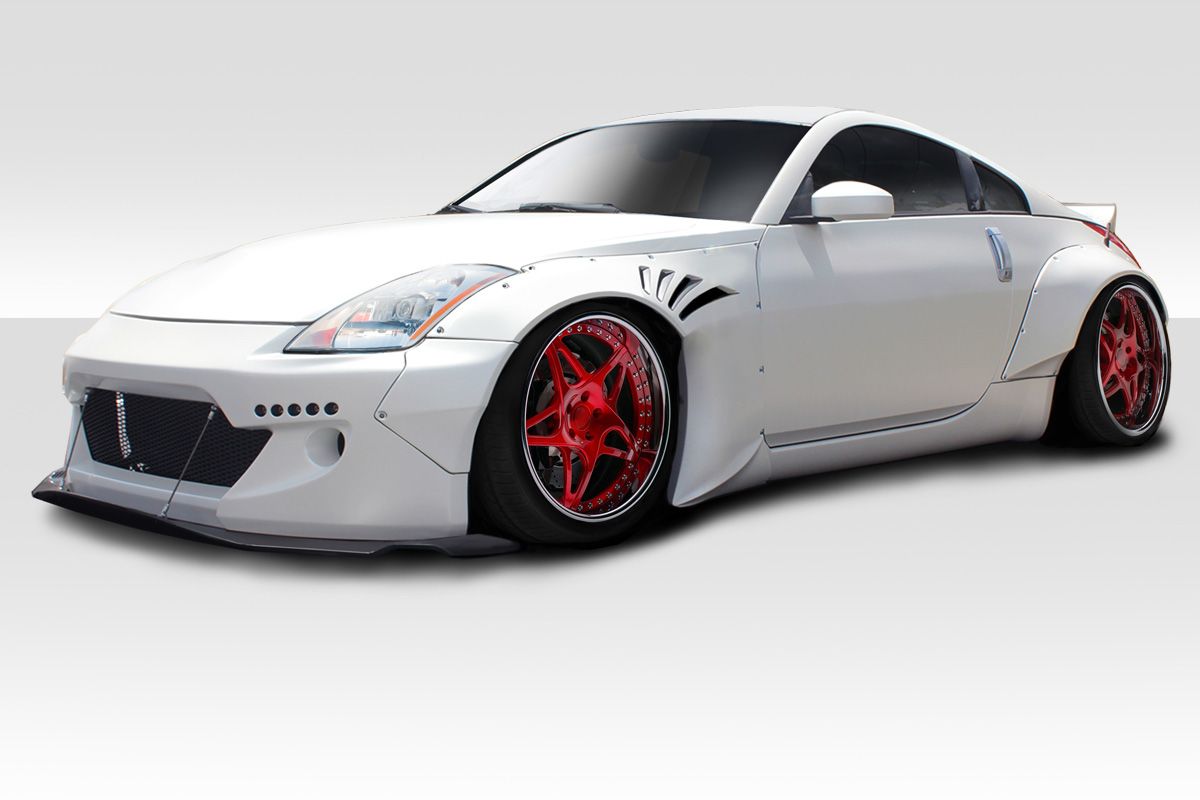 Upgrade your vehicle with one of our most popular wide body kits called the Duraflex RB Series. This kit is based on the Rocket Bunny design that gained global acclaim for its trend setting style in 2014. This Japanese inspired kit would create so much buzz whether you are a racer or show car enthusiast due to its unique styling. The fenders give your vehicle a wider stance especially when you with wider wheels and tires.

The RB series kits are available for many makes and model vehicles. Most popular application for this style kit would be for the Nissan’s such as the 350z and S13 Silvia, which is used on many popular drift cars for the added clearance for wider wheels.

Full wide body kit is also available for the BMW E36 and Lexus IS300. The RB Series spoilers are available for many makes in the Duraflex or carbon for other makes like Subaru, Mercedes, and Hyundai.

Duraflex has released the popular Rocket Bunny Spoiler style for over 30 applications including Camaro, Miata, IS300, E36, Mustang, TSX, 350Z and more.